The 2014 ISA World StandUp Paddle and Paddleboard Championship, was declared officially open this Saturday, May 3, 2014. In attendance were the 27 countries that traveled to Nicaragua from every corner of the world. Local authorities, officials and thousands of enthusiastic locals were witnesses to the start of the 3rd annual World Championship.

The National Delegations walked through La Calzada Street, located at the heart of the historic, colonial city of Granada, as thousands of local spectators cheered them on. Granada is a city with rich culture and history as it was founded in 1524, and is one of the oldest cities in the Americas.

Following the arrival of all of the National Teams to the main stage, adjacent to the beautiful Lake Nicaragua, a flag bearer waving their national flag and a sand pourer, placed the sand from their local beach into a glass container symbolizing the peaceful gathering of nations through the love of surfing.

“I want to congratulate and thank so much the people of Nicaragua, the government of Nicaragua headed by the President, Daniel Ortega, the Minister of Tourism Mayra Salinas, and all of the other ministries and departments of the central and local governments of Nicaragua” said ISA President Fernado Aguerre. “I would also like to thank the private sector, the many great sponsors that have become a part of this event.”

Aguerre continued, “This is the 3rd ISA World Championship organized in Nicaragua. Surf and StandUp in their versions on waves and racing on flat water, demonstrate their potential as sports that unite countries and ends the distances that separate such nations.”

“Here we have 27 countries representing 5 continents of the world with all type of languages, races, religion, cultures, different socioeconomic levels, with everyone coexisting together for these 10 days during the World Championship here in Nicaragua,” concluded President Aguerre.

“Welcome to Nicaragua, welcome to Granada, and welcome to La Boquita. Our country prepares for the festivities, friendship, the cultural diversity and world class sport after the inauguration of the third ISA World StandUp Paddle and Paddleboard Championship,” remarked the Minister of Tourism Mayra Salinas.”

Minister Salinas continued, “We are very proud to receive and welcome to this warm land, all the athletes from the 27 countries from every continent. Nicaragua is blessed with great natural resources for the practice of SUP and Paddleboard, with pristine beaches and lakes, and that is why President Daniel Ortega has supported the development of ISA events, as an opportunity to promote the practice of a new sport that helps the growth of tourism in the country.”

Following the ISA President’s address, “Tepenahualt” performed a local folklore ballet. Their dance was called “El Solar de Monibo,” which represented the indigenous community of Monimbo in Masaya, part of the rich culture of Nicaragua. The cultural dances kept the visiting athlete excited and entertained throughout the ceremony. 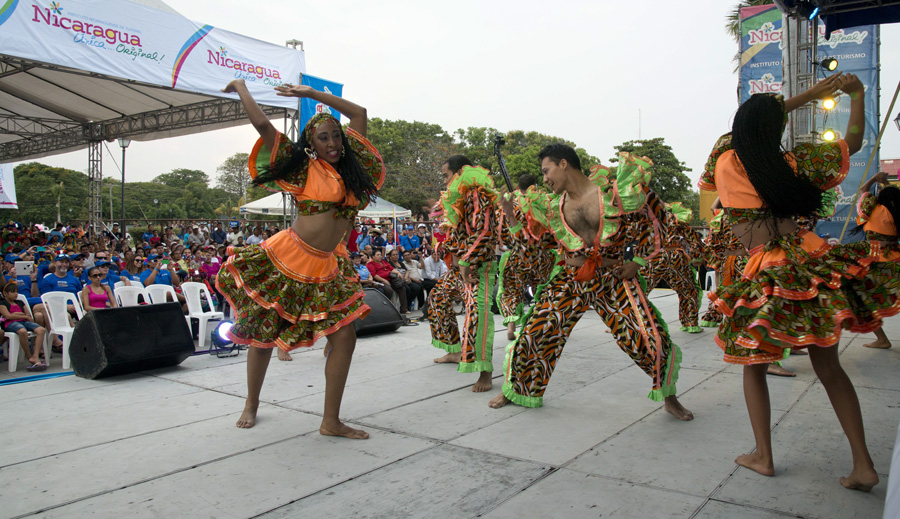 Competition starts on Sunday with The Morning Show at 7:40am (local time), featuring the host Beau Hodge and a panel of guests, who will be introducing the event, followed by: